Are the SEO agencies ready to transform into Relationship Marketing Firms?


What? Why the hell should SEO agencies do that? A quick look at the road ahead for SEO will tell you why it is a survival of the “most adaptable”? 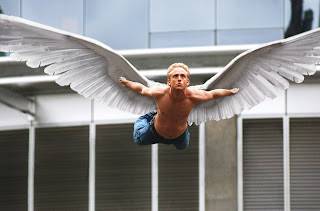 SEO as we know is so different from the one we knew 5 years back and it will be totally different 5 years from now. How exactly it will shape up depends on God and Google! But what we do know are certain trends that will go on to form the edifice of tomorrow’s SEO. So what are they

1. Google will be your personal search Tailor: Google has already recognized that every person on earth is different and thus needs a tailor-made search result. The always-logged-in devices will keep pouring in megabytes of data about every person, so Google can customize to its heart’s content.
2. Internet should be and will be about PEOPLE: And not machines, crawlers or submitted links. A bond has to be established between people and Institutions for content to gain some authority.

It is keeping in view of the above 2 factors ( and several others), that I feel SEO agencies should now look at transforming into Relationship Building organizations. The sub questions for this are,
1. Can the guy who submits the links actually call-up, chat or even meet the other guy?
2. Can your content writer actually blog and build a real-world relationship with other bloggers?
3. Can you wear a creative hat and come up with awesome content ideas that fuel the brand itself and not just a targeted keyword link?
4. Are you (or your SEO agency) willing to meet the real customer and understand his language and preferences instead of sitting endlessly on keyword mining apps?

And the last one is like the image alt text for the main question….
5. Are PR Firms capable of delivering more effective SEO results for a brand?

Well, PR firms are most naturally positioned to build relationships. But are they ready to add all the technical capabilities required of an SEO agency?

We truly are living in exciting times!
Posted by Unknown at 4:11 AM No comments:

About 2 years back, the trend of calling SEO as DEAD started. Many blogs made nice page views with catchy headlines. But now the scenario is quite different. The SEO experts and researchers are genuinely confused on the future course of their profession. 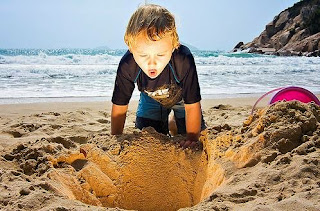 There is almost a vertical split among the practitioners. SEO Agencies are already beginning to see varied results for their optimization efforts. Apart from the Hummingbird update, there are at least 3 key factors affecting discoverability of content on search engines and elsewhere on the net.

1. You are a digital native...already : This is a "No-Login, No-Logout" age. People end up clocking their search preferences and even buying patterns with Google. This makes it easy for the search giant to personalize SERPs, thus negating any effect the agency guy might have on the buyer's search patterns.

2. You are in a hurry to eat:) Or drink Or Shop or Rest. Enough has been said about mobile search. One thing we may forget
to remember is that people have different search patterns on mobile  for the same set of services compared to desktop / tablet search. The fact that you are "on the go" dictates you to finish the search and find the results faster.

3. You like that App in the corner of your smart phone::) Restaurants, Taxis, Hotel Reviews, Caller Details, you name it and there is an App for it. It's like saying "good-bye Google, see you soon". And you do see Google soon, for it is too big to ignore. But the discovery of content is now no longer the monopoly of Google. All the more pressure on Google to ensure SERPs stay relevant to the user's context of search.

SEO will not die ( not so soon), but will evolve to become something that the agencies are not inherently capable of delivering with their existing tools.
Posted by Unknown at 12:44 AM No comments:

All India Bakchod Roast: A perspective on Freedom of Speech

AIB Roast has become the new whipping boy of our culture and moral police. The rush to protect the so-called "Freedom of Speech" is instantaneous. The support is flowing from the same quarter who wouldn't have the guts to be roasted and would even shy or even run away from such acts by some one. But they were too happy to sit back and enjoy somebody else being roasted, all the time, enjoying the filth. Wait a minute, did I say filth? Sorry, I didn't say that. That's how the show was opened by Karan Johar. He warned that it was about to get filthy and that anyone who was likely to get offended must leave. But how would the people who were watching it on Youtube leave? In fact the video was allowed to be seen without any login, inspite of the warning on adult content. Though this could have been easily avoided by the AIB team ( by marking it as adult content, thereby requiring login by users), the slip looks intentional to get large views.

But re-focusing on "Freedom of Speech", one wonders if the All India Bakchod team is actually claiming a "Freedom to Filth"? By their own admission, the AIB Roast was filth. In the name of getting the nation to loosen up to humour, the fear is if we are being fed with Filth. And unsuspecting people, assuming that such conversations are commonplace in a closed room with friends, give it a thumbs up, even when it is done publicly. I am a big fan of comedy as a tool for questioning social norms. But AIBRoast wasn't questioning any social norms, in fact creating more unhealthy ones if any.  We don't even know the limits of this type of filth, conveniently disguised as comedy /  humour or even worst - freedom of speech. The likes of R.K.Laxman to Cyrus Broacha have already made us loosen up to humour and comedy. But should we tighten our seat belts now for filth as well ?
So, where do we go from here? Every such incident throws open the flaws in the system. On the technical end, we could be doing many things, starting with ending the assumption that Internet cannot be controlled. Humans created it, we run it, so we can control it - period. But that's not going to be enough. We as a nation must awaken to the subtleties of life. Life is not all about losing control and calling f*** a** at the drop of a hat and appear cool. We must remember that culture is the extent to which one can process his thoughts. What we saw at AIBRoast were unprocessed thoughts - the exact mirror of unprocessed actions, which translate into far more tragic consequences like, abuse, violence, rape etc.

Let us not forget: thoughts precede actions. Freedom of Speech was earned with blood of our forefathers. Let us not roast it but nurture it to mean something more meaningful. 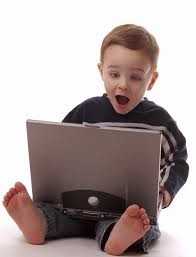 Today's young parents are quite often excited about how their kids, as young as 5 or 6 are able to seamlessly handle mobiles and laptops. And then remark that today's kids are actually more intelligent than what they themselves used to be.

But this observation is naive at best. Today's children are born into the digital era. So "gadgetry" is a natural environment for them. The way we grew so naturally in the environment of trees, plants, neighbourhood kids, minimal tools, maximum playtime etc, the kids today are growing naturally in an environment full of laptops, mobiles, cameras, bluetooth devices, wifi, gaming, etc.

This is THEIR world, the natural world in which WE invited them.  They are like the app that came pre-installed with your new mobile phone. They are the new digital natives. So the kids today are as intelligent, if not more, as we the parents were in our younger days. The surround sound is too loud for us to see that. How wise they will grow up to be? Let's wait and watch.
Posted by Unknown at 10:16 PM No comments: